Despite having some of the most talented squads of the past two decades, England has fallen short time and time again. In this past World Cup, many were claiming “It’s Coming Here” only to see England come crashing out in the Semi-Finals against a tough Croatian side. With that said, England fans have been able to find older kits priced pretty reasonably compared to some other countries for whatever reason. Perhaps England kits are produced in larger quantities or are less desirable. If you have a soft spot for Umbro’s England kits, this list is perfect for you. Here are 5 England kits you can get for $65 before taxes and shipping.

After narrowly avoid a Group Stage exit by finishing second to the United States, England’s World Cup hopes in 2010 were not very bright. They came crashing out of the Round of 16 after being dominated by Germany and losing 4-1. Many might not want to remember England’s brief time in the 2010 World Cup, but the kit worn by the Three Lions is still very memorable. Simple and to the point, it’s too good to pass up. Purchase it here.

If England’s time during the 2006 World Cup is to be remembered by one game, it is their match against Portugal which saw Manchester United teammates Wayne Rooney and Cristiano Ronaldo squaring off in a heated battle. Although they lost that game, The 2006 World Cup produced one of our favorite England kits of all time. Who could forget the gold printing against a solid red kit? Grab it here.

Much like the Away version of England’s 2006 World Cup kit, the Home version was almost as special. It’s the subtle details that made this kit a classic and extremely desirable and easy to wear. Featuring the aforementioned Wayne Rooney, this kit was a must for any England fan during the height of their Golden Era. However, it won’t cost quite as much as jerseys from that World Cup. Pick it up by clicking here.

Regarded as one of England’s and the Premier League’s best defenders of all-time, John Terry was a world-class center back that anchored any backline. If the 2006 World Cup Away kit was one of our favorites England donned in red, this would be its Home counterpart. Although England missed out on the Euro’s in 2008, they definitely won in our book with this kit. Available here.

Talk about a throwback, England suited up in this kit for Euro 2004 where they were famously knocked out by Portugal in penalties in the Quarter Finals. That famous penalty miss by David Beckham is sure to be one he’d like a second chance at, but there’s no changing history. While that scarred many England fans, this collared kit by Umbro is one they can wear proudly. Add it your closet today by ordering it here. 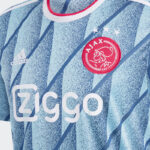 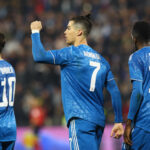