For this week’s installment of Throwback Thursday, we spotlight 5 kits from the Italian National Team you can get for under $65 before tax and shipping. These kits are obviously not as old as the ones seen in last week’s post, but still, look amazing in comparison. Italy hasn’t had nearly the same amount of success as the previous generation, but with a talented pool of players, they look to bounce back in upcoming tournaments. Here are 5 kits from the Gli Azzurri you can get for under $65. Be sure to use the code THETHIRDKIT10 to save 10% off at Classic Football Shirts.

Very few players could play a ball like Andrea Pirlo who earned the nickname “Maestro” for his ability to control the midfield. In 2016, Italy made quite the impression in the Euros to only be eliminated by German in the Quarter Finals on penalties. Regardless of their performance, this 2016/17 kit is an absolute gem in blue with pinstripes and gold piping on the sleeves. It’s now available in most sizes here.

Prior to qualifying for the Euros in 2016, Italy competed in this Away kit. Joined by a talented squad of players, Giorgio Chilleni held down the backline sporting this shirt with the iconic colors of the Italian flag going down the front of the shirt. This particular Player Issue shirt comes in the special ACTV Fit made especially for the players. It is heavily discounted and can be purchased here.

Many fans of Italy might want to wipe this shirt from their memory after their woeful performance in the 2014 World Cup, we’re still a huge fan of it. Featuring Thiago Motta on the back, it’s beautiful design once again incorporates pinstriping on the front as well as Italy’s colors as an accent to break up the blue stripes. While it might not bring back the best memories, we’d wear it proudly. Grab it before it’s gone by buying it here.

Goalkeeper kits don’t always get the love they deserve and offer a different look and feel from the rest of the shirts in a season. This Player Issue version of the 2016/17 Fourth Kit was not sold commercially and is a rare opportunity to own a piece of history. This shirt was worn by none other than Gigi Buffon during the 2016 Euros and comes in a bright yellow design with black, blue, and pink on the shoulders. You can get it in select sizes right now, here.

Another Player Issue kit from the 2014/15 season, Italy wore this particular shirt during the World Cup as they struggled in the Group Stage. Despite their struggles, it’s a fantastic design in a rare long-sleeve with the ACTV Fit. Solid blue is paired with gold accents, the country’s colors on the sleeve and white going down the chest. Roma legend wore this shirt as he attempted to bring his team back to glory. While they were unsuccessful, this kit was a total hit. It’s still available here, but will surely get scooped up quickly. 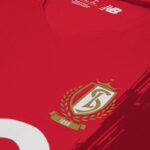 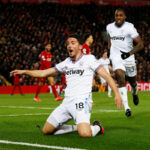