This week has been dominated by transfer rumors and off-season controversy, but we get to take a break for a second with new kits from England and Italy.

Manchester City kits off today’s list with the release of its Third kit. Puma continues their run of bold patterns with this paisley print featured on the front. It is inspired by the Manchester music scene and “Brit Pop” in the ’60s and ’90s, which is associated with iconic print. It will surely be interesting to see the players wearing this shirt on the pitch, but if you want to own it you can grab it here.

Joining Manchester City in today’s drop is Napoli who have released their entire 2020/21 range. First up is their Home shirt which comes in the classic sky blue with darker blue trim on the sleeves. The most interesting feature on the new kit will likely be the red sponsor, which replaces the box design of season’s past. Head to the team’s web store to get yours.

For their away matches, you’ll find Napoli suiting up in this mint green kit. Sporting a similar design as their Home shirt, mint green is paired with the classic Napoli blue along with bright red shirt sponsor that’s hard to miss. We’re not sure how fans of the club will feel about this shirt, but it is available here.

Wrapping up today’s coverage is Napoli’s Third kit for next season. Featured is a combination of blue and pink, which work well together. However, they missed the opportunity to change the sponsor to white and modifying the crest to a monochrome design. Love it or hate, you can find it here. 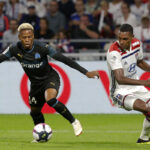 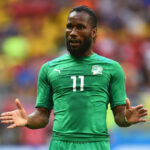